A new community wind turbine in Carmarthenshire has been commissioned exactly on schedule and in time for its FIT deadline. Construction of the 900 kW turbine started in May, and the turbine was completed and officially commissioned on 2nd August. The project has been managed by Community Energy Wales, and the construction was contracted to… END_OF_DOCUMENT_TOKEN_TO_BE_REPLACED 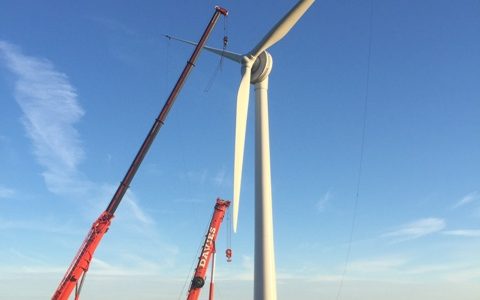 Sharenergy are assisting Community Energy Wales with an exciting project in Carmarthenshire – a 900kW EWT turbine which has been commissioned today with a share offer following in the autumn. 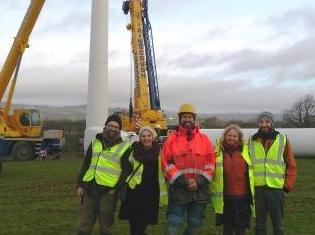 The hard work of all the people involved with the Small Wind Coop came to fruition yesterday when the turbine on the Welsh site reached completion. 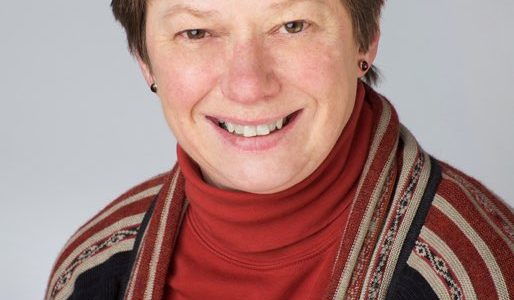 After a difficult 2016 it was a fantastic start to 2017 to see our own Kathy Smyth featuring in the New Years Honours List. Kathy works incredibly hard on behalf of the community energy movement, tackling the hard issues behind the scenes in an often hostile policy environment. As well as her stalwart service on Sharenergy’s Board, Kathy… END_OF_DOCUMENT_TOKEN_TO_BE_REPLACED

The Small Wind Co-op offer ended on 16th December. We had an incredible late surge and are still counting the applications. We’re very busy making sure that the turbine installations continue to work to timetable.

The Small Wind Co-op has launched a unique and unusual gift idea for Christmas: shares in community wind turbines in Scotland and Wales. The wind energy gift certificates are available in any amount from a minimum of £100, up to December 16th, and can be exchanged for shares in the Co-op, which is building three… END_OF_DOCUMENT_TOKEN_TO_BE_REPLACED

Sharenergy are pleased that a number of the community groups they have been supporting in and around Manchester have completed their solar panel installations in time to meet the Feed in Tariff deadlines. Greater Manchester Community Renewables has raised £186,000 through a community share offer, funding the installation of solar panels at three schools in… END_OF_DOCUMENT_TOKEN_TO_BE_REPLACED

Meet two of our members of the Small Wind Coop and find out more about why they joined the energy coop movement. Neil Barnes, Linlithgow, Scotland Neil is Communities Manager with Warmworks, the national agency helping to deliver warmer homes in Scotland and is an active participant in his local energy group, Linlithgow Natural Grid. He is… END_OF_DOCUMENT_TOKEN_TO_BE_REPLACED 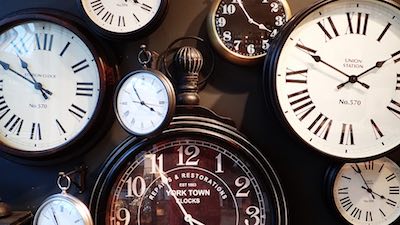 We’ve been experiencing a very high level of interest over the last few days, with applications coming in at a great rate. It’s pretty clear that we were going to fall short of our target by the original end date however, so we we have extended the share offer end date to the 22nd August. That… END_OF_DOCUMENT_TOKEN_TO_BE_REPLACED 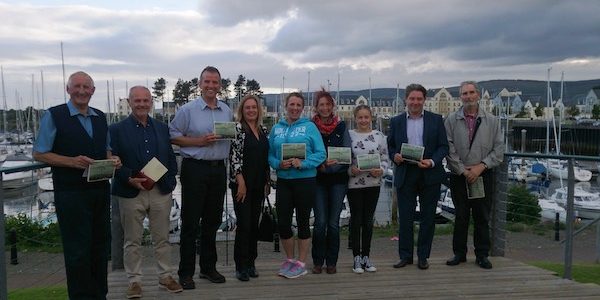 We’ve reached a milestone with the Small Wind Co-op – we are 30% funded, with a week to go. So it’s a race to the line  – as always with community shares. Lots of progress has been made behind the scenes so we’re very confident that we can deliver the project on time and to… END_OF_DOCUMENT_TOKEN_TO_BE_REPLACED